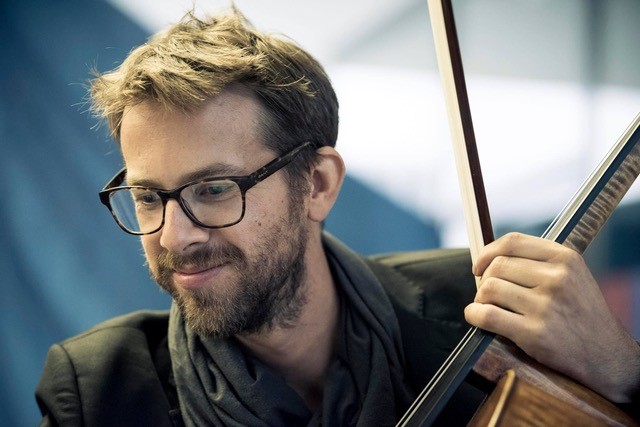 James Barralet, cellist, arranger and composer, is Artistic Director of the Whittington International Chamber Music Festival. He has performed as a soloist at many UK venues and Festivals, including the Wigmore Hall, Purcell Room and Bridgewater Hall and at the Newbury Spring Festival, North Aldborough Festival and Music in the Round. He has given performances of concertos by Elgar, Walton, Tchaikowsky, Shostakovich, Saint Saens, Haydn, Tavener, Khatchaturian and Dvorak.

James studied at the Royal Northern College of Music with Hannah Roberts and, having won the Royal Philharmonic Society’s Julius Isserlis Award, at Basel Hoschule fur Musik with Thomas Demenga – graduating in 2006 with a solestindiplom, a first class honours degree, a professional performance diploma and post-graduate diploma with distinction. A regular at the International Musicians’ spring masterclasses at Prussia Cove for ten years, he studied with Steven Isserlis, Ralph Kirschbaum, Miklos Perenyi and Boris Pergamenschikov.

He has recorded three solo CDs – the first, solo cello music by Kodaly, Britten and Roxburgh, was the prize for winning the Landor Records Competition in 2007.The latter two are Brahms cello and piano recordings for SOMM records.

An experienced chamber musician, James is a regular guest at the Saronic Chamber Music Festival in Greece, the Zeitkunst and Mecklenberg Festivals in Germany, The Steirisches Kammermusikfestival in Austria, Cervo Chamber Music in Italy and the Beijing Music Festival. He has also been guest Principal Cellist at many of the UK’s finest orchestras and plays regularly with the John Wilson Orchestra.

As a composer and arranger, his collection of cello ensemble arrangements is performed globally. He has received commissions from the Beijing Festival, the Royal Academy of Music in London, Stomp Music in Korea, the Singapore Conservatoire, Cello 8ctet Amsterdam, Steirisches Kammermusikfestival, the Mecklenberg Festival and Basel Sinfonie Orchestra.

As a member of Ignite, Wigmore Hall’s improvisatory and outreach group which leads Wigmore’s learning and community programme, James has extensive experience of working with children in hospital, dementia patients and autistic children and adults, in a music workshop environment. He is a passionate about the value of music education.

James loves exploring other musical genres, including jazz and folk and he is particularly drawn to Indian music, which he studied at Varanasi while teaching at the Mathieson Music School near Kolkata for six months. He has given many cello and tabla recitals with Sankar Prosad Choudhury and Kousic Sen, and has been a guest musician with the London Sitar Ensemble at the Purcell Room and with the Amina Dance Company.

Away from music James enjoys making things and climbing things. He practises yoga regularly and is particularly fond of ancient trees!