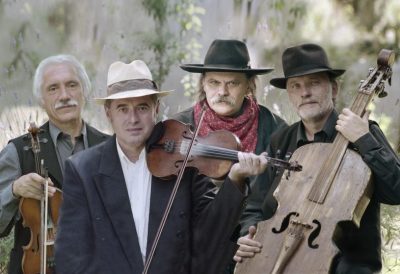 After 40 years of an unrivalled career, MUZSIKÁS is the most renowned and popular Hungarian folk music ensemble worldwide and in their home country as well. MUZSIKÁS pioneered the global popularity of Hungarian folk music that is now a well-established niche in the roots and world music scenes. Due to their unique musical skills, instrumental knowledge and musical versatility, they can cope with playing on different music scenes, collaborating with various noted musicians and groups, from folk and world-music to classical, klezmer and jazz, and even to alternative rock music. They have already presented their exceptional live performances at the greatest festivals and in the most significant concert halls, such as the Royal Festival Hall in London, the Théatre de la Ville in Paris and Carnegie Hall in New York.

Among the various prizes, they were awarded the most respected Hungarian State award for artists, the Kossuth Prize, the Prima Primissima Award and in 2008 they received the prestigious WOMEX Award for World Music as well.

MUZSIKÁS is a name given to musicians playing traditional folk music in Hungarian villages. Their performance is an exciting musical experience where the audience is transferred back to the remote Hungarian village atmosphere where traditions survived through the centuries. Members of the group play and improvise in the style of the old traditional Hungarian folk bands in which the solo violin and the song typically were accompanied by the three-stringed viola and the contrabass. The music of MUZSIKÁS can be characterized as the traditional arrangements of authentic Hungarian folk music featuring a style that is typical of the best village musicians. It has nothing in common stylistically with the Gypsy-Hungarian style, but is rather the true folk music of Hungary, the most beautiful melodies of which were considered by Béla Bartók to be equal with the greatest works of music.

In 2014 Hanga Kacsó became known across Hungary as the winner of the folk singing category of the “Fölszállott a Páva” folk performing art contest of the Duna Television Channel. As well as an extensive solo and ensemble performing career, she teaches folk singing and dance, mainly in her native Transylvania. She has toured regularly with Muzsikás since 2016.